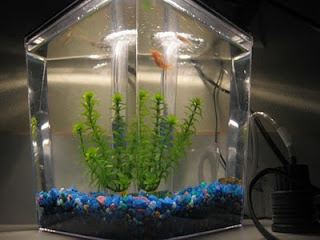 Did you ever get something that you really didn't want? I think most of us have had this happen, BUT when you have a large family, people give your KIDS stuff that you would NOT buy in a MILLION years. Below are some recent "gifts".

POP TARTS
I hate pop tarts! The kids get so hyper and so silly that it is almost unbearable! Therefore, pop tarts are rarely on our menu...so rarely in fact that Mark was coxed into pulling up to a kitchen chair for the first time by the promise of a sliver of pop tart. Kids will do extra chores, play quietly while I work and in general be so unlike themselves just for the promise of a pop tart...BUT the after effects! Oh it tries my patience! So imagine my surprise, when a friend who knows my dislike of pop tarts delivered several boxes to my home. (You may be asking why is she still my friend, and I have a great answer for you. First she is awesome and second she brought me a play pen when I needed it most...SO awesome + play pen overrides pop tart induced hyper children.)

CHEESE PUFFS
After attending a family reunion two weekends ago, the kids noticed a bag in the twin stroller basket. The bag turned out to be biggest family size bag of cheese puffs that I have ever seen. Someone had anonymously "gifted" us again. That evening after dinner, we had 100 cheesy fingers touching walls, window shades, ME! and everything else you could imagine...I insisted that they eat all they wanted and I tossed the empty bag!

FISH! (AND I don't mean fish sticks or the game Go Fish)
Yes, real, live fish in a tank is our newest gift. You are probably thinking this gift has grandparents written all over it! But you would be wrong...it is worse...it is much worse...its our pastor's wife...she's a grandma, friend, mentor, & prayer partner rolled into one amazing person...who I can rarely say "no" to and between you and me, I think she knows it! (This fishy gift proves she knows I cannot tell her no.) Thursday she brought over the fish in a tank, and the kids are thrilled. They point, yell with delight and jump up and down. Jon gets home from school and is mesmerized by the fish. When it is time to feed the guppies, a crowd of toddlers, children and even a teen assemble with more enthusiasm and interest than the feeding of the sharks at the zoo. So now I sit here typing by the glow of the fish tank. You know what? It is really kind of nice...the fish are quiet, calm and relaxing...well, until I get to retrieve the first dead one and host a fishy funeral...but the sound of the bubbling water and glow of the tank are nice tonight.

Every good gift and every perfect gift is from above --James 1:17a
Posted by Leatta Workman at 1:30 AM