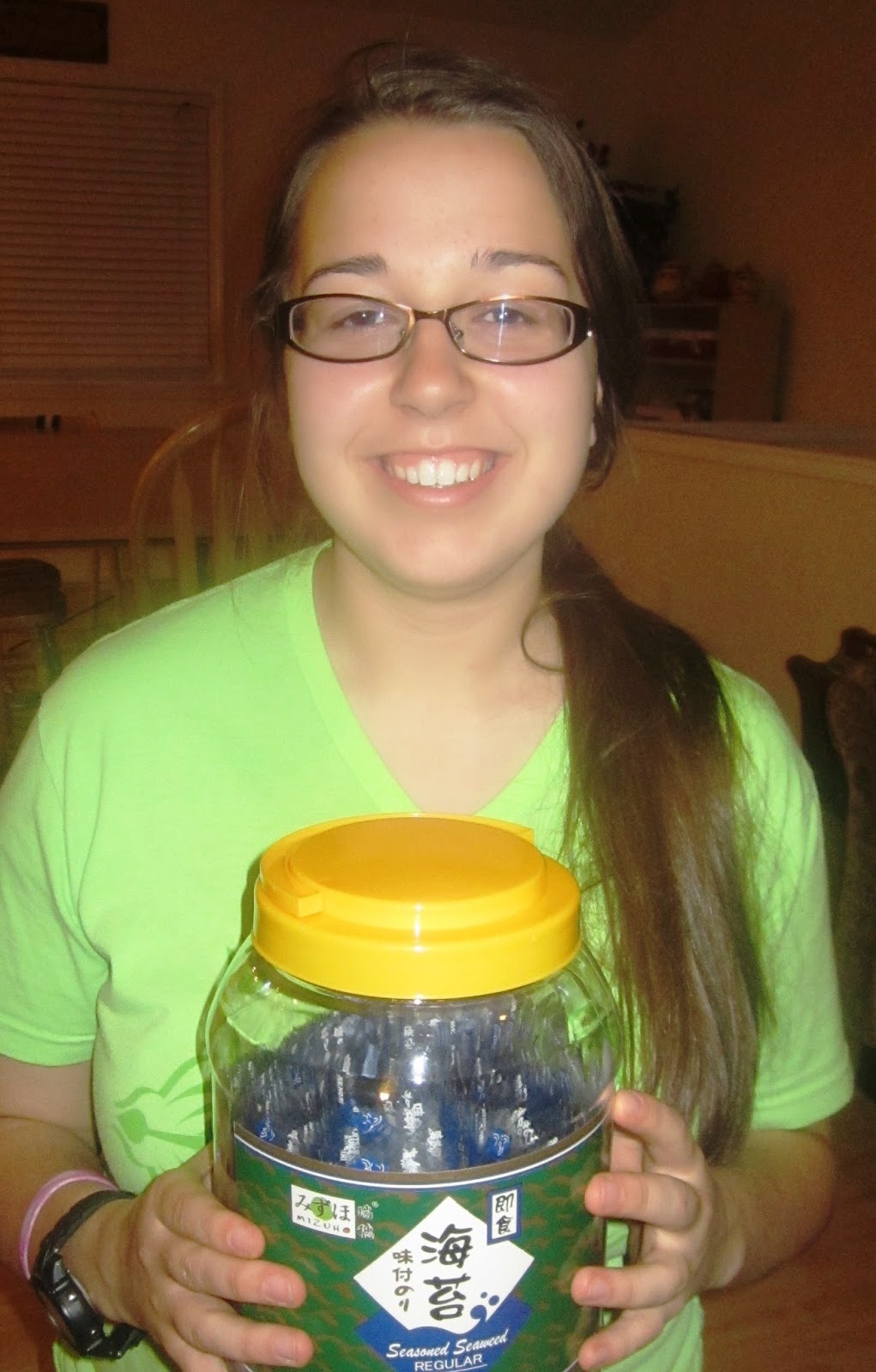 Grace and I had a mom/daughter evening out and took Nate along with us.  We "window shopped" plants for the garden.  Next we stopped at Fox Farm Whole Foods for dried seaweed and Fruit Leather to put in Grace's Easter Basket.

Then we headed to Han the Sushi Man to try out the place.  Nate was our entertainment for dinner.  As soon as he saw the chopsticks...he knew what they were!  Drum sticks!  He started laying down a beat and having a great time.  Even after he saw Grace eat with her chopsticks, he was still determined that they were the most awesome kid's meal toy ever!  (By the way, Han's is good, fast and affordable.  It has a nice, clean and bright atmosphere.  Plus there is even a kid's menu with sushi without raw fish and it starts at $2.99.  Service is their weakest point and I had to borrow water from Nate's cup...which was okay because he was busy rocking his new drum sticks.) 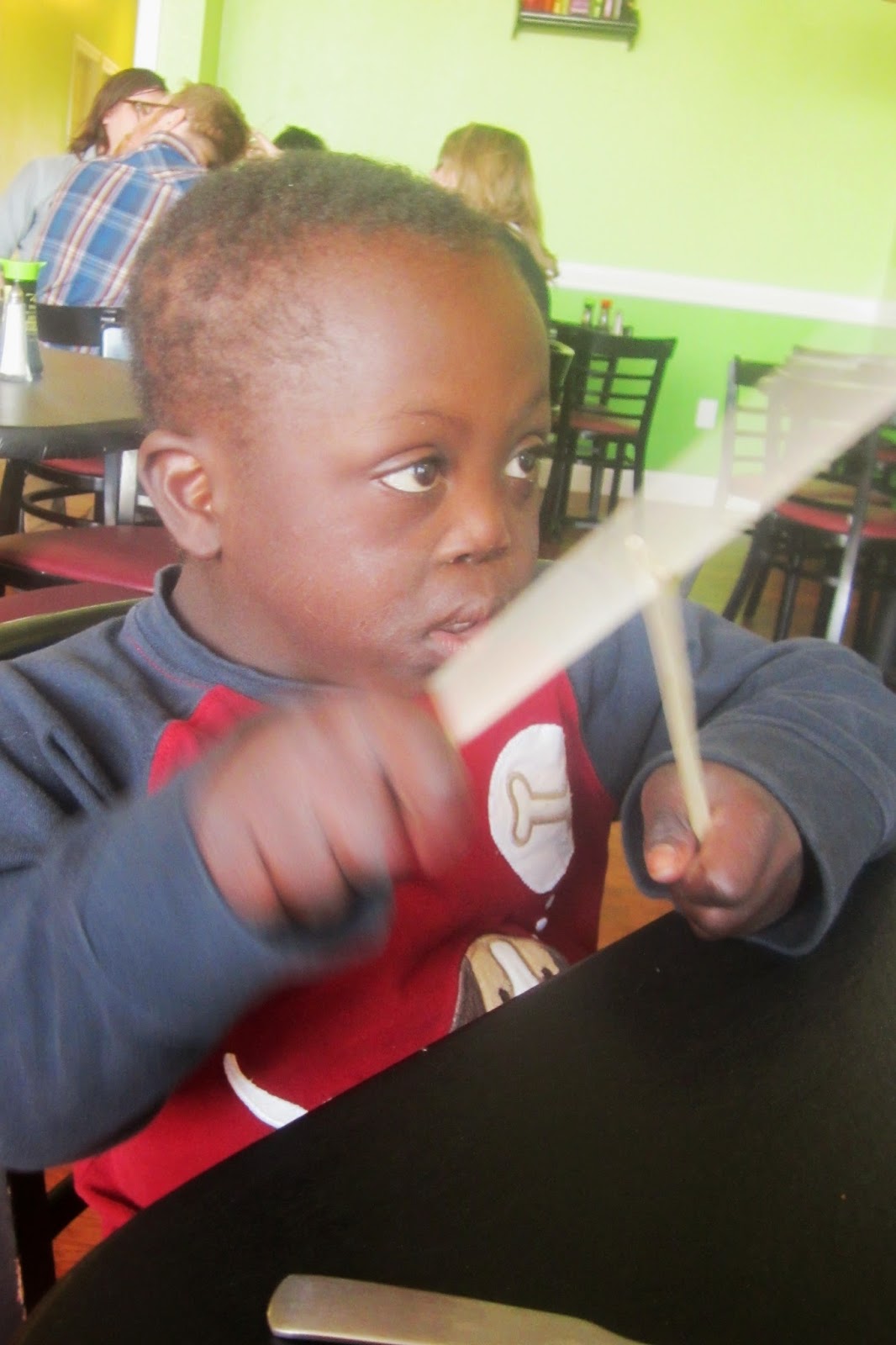 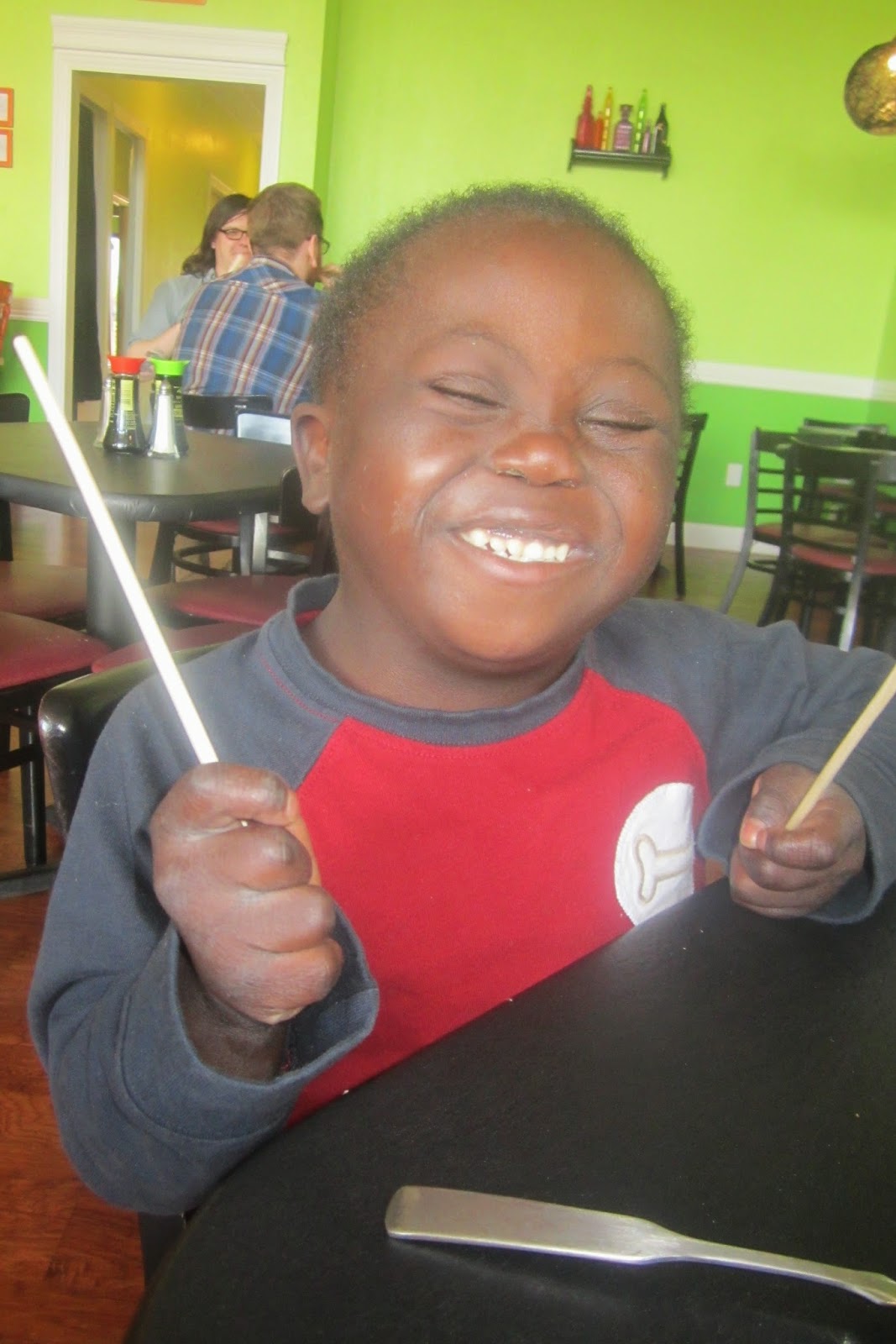 After Han's, we went to try OrangeLeaf.  It was good, but not great and expensive!  I don't think we will be going there again.  The small dishes were huge so my 4 ounces looked like 4 teaspoons.  Plus I had hoped to try the no sugar added options and there wasn't any.

Lastly, we went to the grocery store to restock on a few items and to get ready for Easter dinner.  It was a nice night out.
Posted by Leatta Workman at 10:55 PM