Corrine has been waiting for two long weeks to add this cutie to the family.  As an early birthday present, Corrine was allowed to get her own puppy from Golden Paw Rescue in Joplin.  She named her puppy "Pippi" and today she came home with Corrine.  Here are a few photos and as you can tell Pippi (or "Hippi" as Mark calls her or "Puppy" as Nate calls her or "PeePee" as Luke calls her or "Doggie" as Matt calls her) has a few new fans. 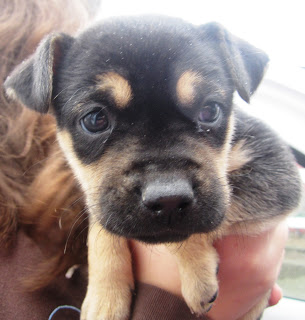 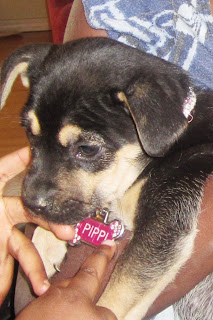 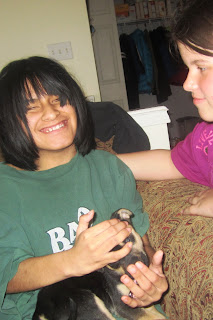 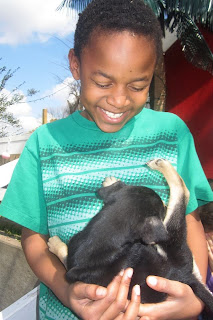 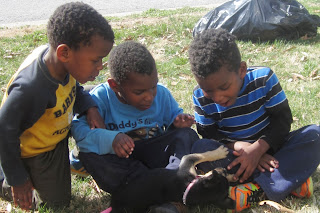 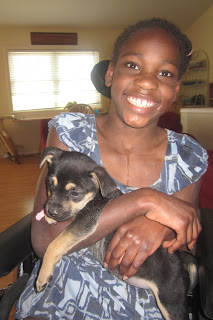 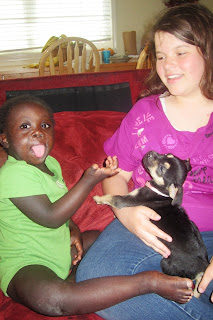 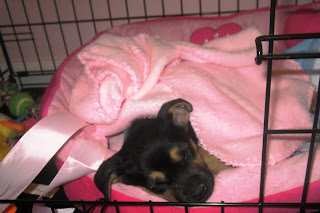 Needless to say Pippi took a long nap after introductions to her large new family.

Posted by Leatta Workman at 7:36 PM