As part of my search for a healthier lifestyle, I have revisited many veggies to see if I could find more variety for my diet.  Today rhubarb was available from a locally grown source so I bought $1 worth.  Then I started searching for a healthy way to eat this veggie, which has less than 30 calories an cup and is a good source of Vitamin C and calcium.

Prior today, I had only ate rhubarb in a pie.  However, after finding several interesting options, I decided that a Roasted Rhubarb and Walnut Salad would work well with what I have in my pantry.  After preparing this easy dish, I am not sure that I will ever put rhubarb in a pie again.  I thought this was much tastier and the salad was very satisfying. 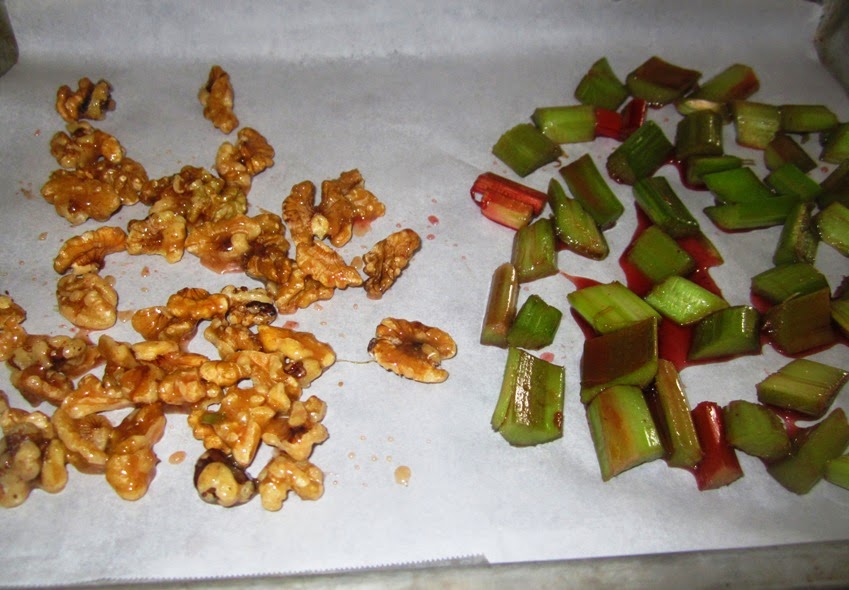 I happened to have some honey whipped with berry juice and some cinnamon infused honey from my cousin in Durango, Colorado so I used the berry honey on the rhubarb and the cinnamon on the walnuts, but plain honey would work fine.

I let these cook for about 7 minutes until the rhubarb could be easily pierced with a fork.  Then after it had cooled for a few minutes (but it was still warm), I put it on top of my mixed greens and sprinkled on feta.  Finally I used a light raspberry vinaigrette for the dressing. 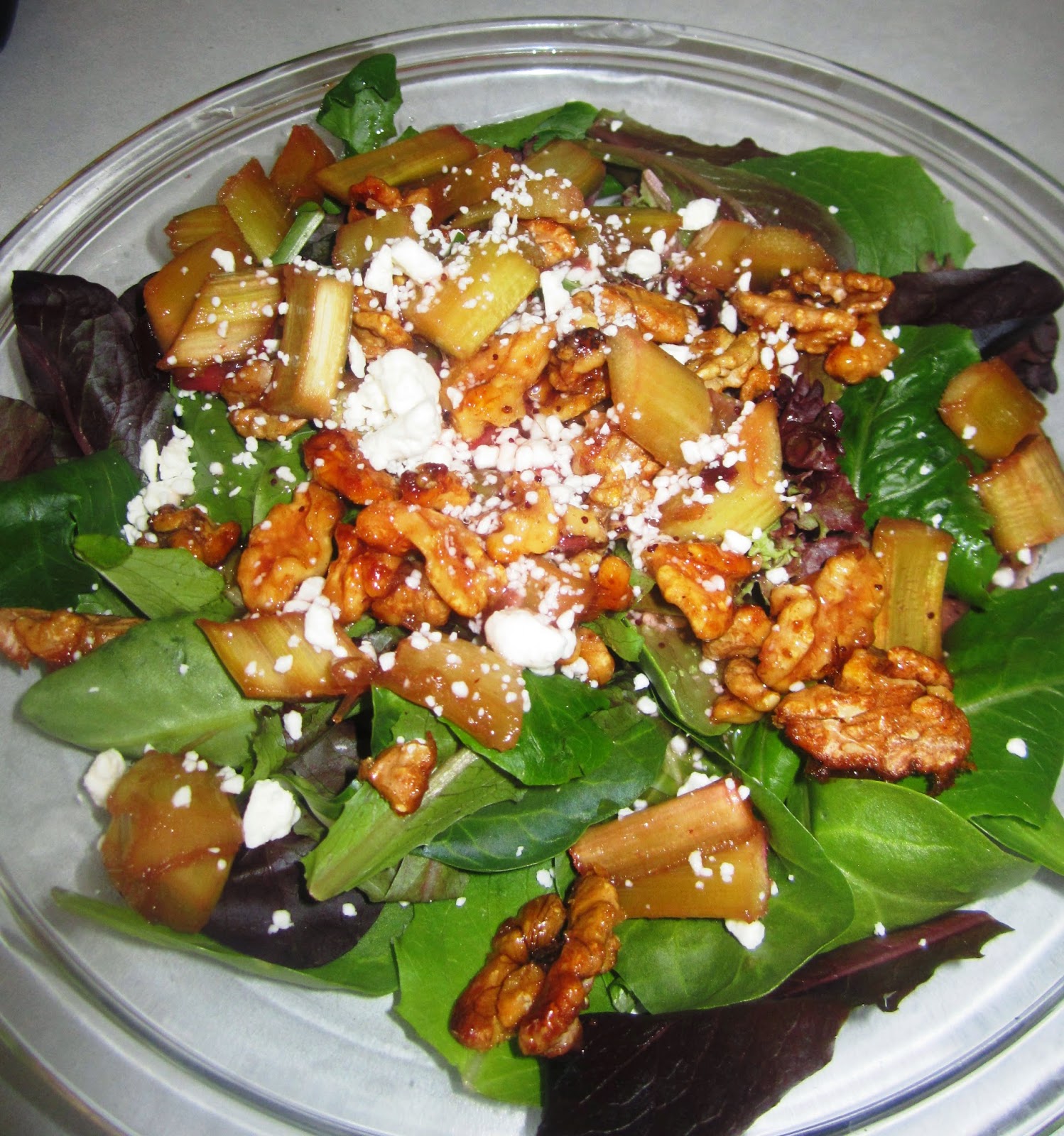 The flavor is similar to a salad with a tart apple on it.  The rhubarb has a texture like a cooked apple and even the peel which can seem very tough when it is raw will become soft after it is cooked.  I found the warm rhubarb to be a good combination with the greens, and the warmth seemed to make the salad more satisfying.  I will definitely be making this again and I am looking forward to trying other rhubarb recipes.
Posted by Leatta Workman at 8:03 PM