Since 2000, our family has had many talented housekeepers, babysitters, and househelpers...Many of our great helpers stayed with us for only a year or two and others stayed four or more, but they have all put Alice on the Brady Bunch to shame, making her look unskilled and lazy.

Each of our kids have been little and considered a different helper to be their special friend.  For Grace it was Sherry Riddle.  Grace worried to death that Sherry wouldn't be at her Kindergarten Birthday Party, but we worked it out where Sherry could come and help me with the party, even though it wasn't her usual time to work.  Grace was thrilled.  Then there was Jane whom we still miss her good cooking, followed by Nina who believed in killing germs by ironing.  We still laugh about our ironed towels, socks, underware and sheets, but we were never sick while she worked for us!  Ms. Pat Pennington was Corrine's pre-school babysitter and our housekeeper.  Corrine took many field trips and little adventures with Ms. Pat that she still remembers all these years later. Plus Ms. Pat would rearrange the furniture in different ways all the time and is probably a huge part of why Hannah is so good with getting around in new environments.  Catherine Valentine was here when David and Vanessa arrived home and when Nate arrived home and when Matt, Mark, Luke & Jon came home.  She was only with us a couple years, but our family sure grew under her care.  We teased her that it was all somehow because of her that we kept adding new blessings.  Catherine is a talented writer and left us to finish her degree at Berea.  After Catherine, Leigha kept things going for a year while she attended the local community college. 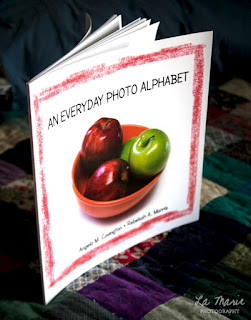 Now for the last year, Angela Covington has been using her talents at our home and learning new skills like African hair care and cute styles for Vanessa.  However, Angela is very creative and has lots of awesome photography projects that she does on the side.  Now she and a friend have completed an awesone photo book of the alphabet with a picture for each letter sound and a short poem.  The book is really top notch!  If you would be interested in a visually appealing alphabet book with great poems using lots of literary fun that kids love like consonancy, rhyme, and onomatopoeia, then the link to order and for more information is below.  It is only $10 per book plus shipping/handling.    FOLLOW THIS LINK TO ORDER. 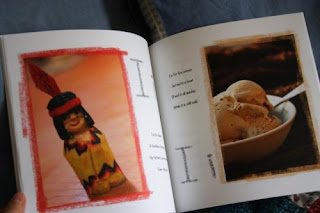 Posted by Leatta Workman at 9:00 PM