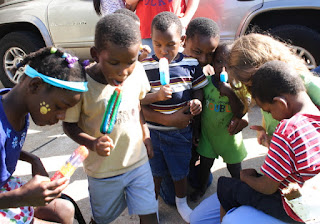 Today after school there was a knock at the door & it was the ice cream truck driver.  I was really surprised because we don't ever get ice cream from the ice cream truck guy.  However, he explaned that a neighbor had paid for the kids to get ice cream if it was okay with me.  Needless to say that explaination got kids EXCITED in this house!  The neighbor had told the man that there were lots of kids BUT I don't think s/he prepared him for the line of preschoolers, wheelchairs and all that came running to his truck!  Amber & Angela were working so both jumped into to action to everyone got a treat even Jon. 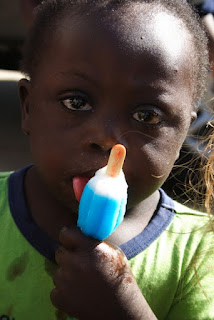 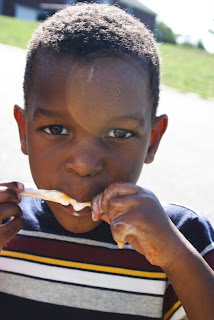 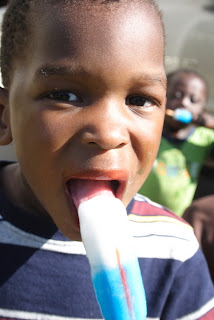 I had to laugh that after a few bites, each of the kids started sharing so they could taste all the kinds of treats.  Everyone, except Nate.  Apparently he already knew he had what he wanted.  Much to our surprise, he kept the mess to a minimum and ate the whole thing! 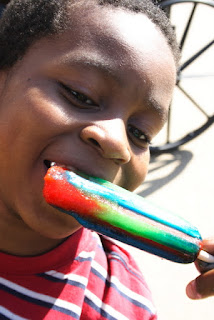 Later than evening David said to me, "I can't believe that I got to try ice cream truck ice cream.  I've waited my whole life."  I had to choke back a chuckle since I don't think there were ice cream trucks that he knew about in Haiti, but he has become such a little American in the last 4 years!

BTW-Neighbor who did this, "Thank you!" and my older super investigators know who you are. Unfortunately no two of them can decide on the same neighbor!  If I had a few more kids, every neighbor would be a suspect!  I pointed out to David that his suspect moved and that house is empty, but he is still sure that he is right. LOL!